Published 4 years ago Michael Ritchie4y ago

Much of the talk among Habaneros gathered over the domino table or waving animated gestures in the crowded bodegas centers around worried speculation of a “new special period.” The painful memories of the first “special period”— experienced in Cuba from 1991 to 1995 following the collapse of the former Soviet Union, which led to the collapse of the Cuban economy— still haunts the minds of many. Those were times when the lack of Soviet oil caused transportation disruption, power outages and food shortages which led to near-starvation. Some Cubans…

Michael Ritchie is a journalist, historian of the Cuban Revolution and published author. He is Associate Editor for Key West The Newspaper and Editor ... END_OF_DOCUMENT_TOKEN_TO_BE_REPLACED

Michael Ritchie is a journalist, historian of the Cuban Revolution and published author. He is Associate Editor for Key West The Newspaper and Editor ... END_OF_DOCUMENT_TOKEN_TO_BE_REPLACED

Each year, thousands of cigar lovers from around the world make the trek to Havana to take part in the Habanos Cigar Festival. After the cancellation of the 23rd Festival because of the pandemic situation, it was announced the Habanos World Days festival will ... END_OF_DOCUMENT_TOKEN_TO_BE_REPLACED 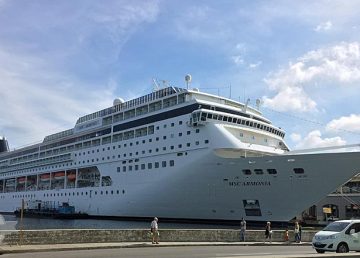 “Cuba could be the next great cruise vacation destination,” the British newspaper The Telegraph reported a few days ago, stating Cuba cruise vacations are still blocked by U.S. government sanctions. Cruise fans are not impressed. The Telegraph article also men... END_OF_DOCUMENT_TOKEN_TO_BE_REPLACED