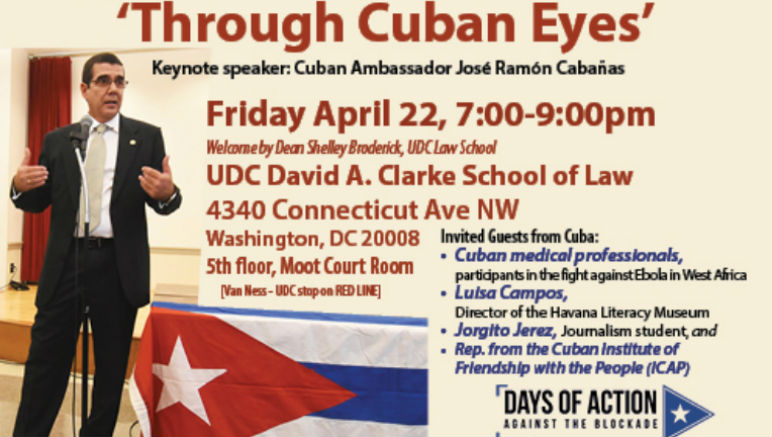 In an attempt to bring the issue of the embargo against Cuba to the forefront of the minds of both the public and elected officials, the International Committee for Peace, Justice and Dignity is in Washington this week.  This advocacy group aims to increase pressure on President Barack Obama to do more to reduce the impact of the failed 55-year-old policy against Cuba and to encourage Congress to pass legislation to eliminate it entirely.

President Obama has continued to pass new regulations to ease restrictions in the areas of travel and business, but the embargo remains, hindering progress forward.

This is the second time the International Committee has brought “Days of Action against the Blockade” to Washington.

The group will visit the offices of Senators and members of the House of Representatives.  Also taking place this week are two screenings of the documentary “The Power of the Weak” by German filmmaker Tobias Kriele.

On Friday night there will be a special presentation, “Through Cuban Eyes,” given by José Ramón Cabañas, Ambassador of the Cuban Embassy in Washington.  Experts from the fields of healthcare, journalism and the Literacy Museum in Havana will also be in attendance.  This event will take place at University of the District of Columbia, David A. Clarke School of Law from 7:00 to 9:00 pm.

The key note speaker at the April 22nd community forum will be Cuban Ambassador José Ramón Cabañas. Invited guests from Cuba include medical professionals who took part in the fight against Ebola in West Africa and in restructuring the health infrastructure in Haiti, the Director of Havana’s Literacy Museum, a representative of the Cuban Institute of Friendship with the People (ICAP), and a Cuban journalism student with his own dramatic story to tell.

Jorge “Jorgito” Jérez was born with cerebral palsy in Cuba in 1993, but today – thanks to Cuba’s health care and education system – he has become a “self-sufficient, independent young journalist.” The Power of the Weak, a documentary by German filmmaker Tobias Kriele about Jorgito’s life and the social supports available to him in Cuba, will be screened during the Days of Action.

While acknowledging the significance of President Obama’s decision in December 2014 to end, in his words, the United States’ “outdated approach [to Cuba] that, for decades, has failed to advance our interests,” and the President’s recent historic visit to Cuba, Alicia Jrapko of the International Committee explained there is much more Obama can do to help normalize relations with Cuba.

“Although we applaud many of the steps taken, we urge the President to use his executive power to close Guantanamo Prison and return to Cuba the land it sits on. He should also end the preferential “Wet Foot, Dry Foot” Policy that encourages Cubans to embark on illegal and unsafe migration; end the Parole Program for Cuban Medical Professionals that encourages Cuban doctors to abandon Cuba’s medical programs abroad; and stop funding USAID and National Endowment for Democracy programs aimed at fomenting dissent in Cuba.”

Netfa Freeman from the Institute for Policy Studies, one of the groups organizing the upcoming April events in Washington DC, noted that a majority of Americans, including Cuban Americans, support ending the blockade. “Part of this support,” says Freeman, “is from heightened awareness of the hypocrisy in U.S. claims of wanting to encourage change for a Cuban society that is not experiencing a national epidemic of killings of people of color by police and mass incarceration or social ills like rampant homelessness. The overwhelming majority of Cubans are guaranteed shelter and healthcare as human rights.”

Freeman pointed to the success of a recent whirlwind 10-day visit to the West Coast by Miguel Fraga, the first secretary of the Cuban Embassy in Washington, D.C., as another sign of the changing mood. Fraga spoke to close to 1,500 people at 20 different events, and was even introduced on the California State Senate floor. “The cold war is over!” declared Los Angeles State Senator Isadore Hall III as the Cuban flag was displayed in the chambers. “It is time to look forward and to look ahead to a future where Cuba is a partner, not an enemy to the United States.”

As part of the tour of the Cuban diplomat speaking at a conference in Seattle, Washington State’s veteran 7th District Rep. Jim McDermott urged the audience to “go to Washington in April to lobby to end the blockade.”

In this article:International Committee for Peace, Justice and Dignity, Through Cuban Eyes, trade embargo 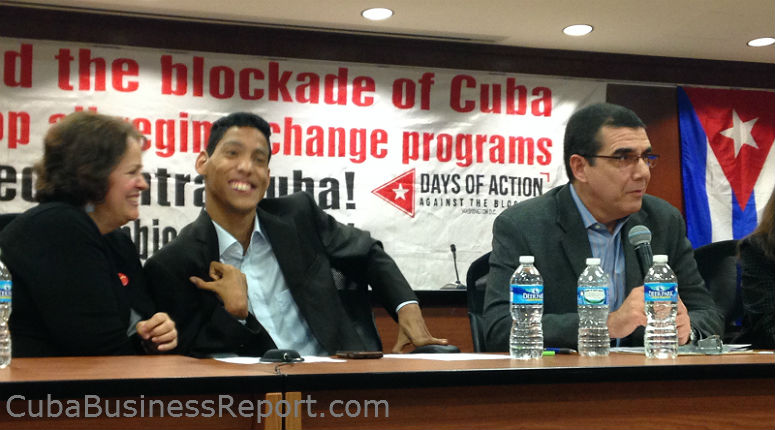 “Through Cuban Eyes” Forum at UDC

Last Friday, the “Through Cuban Eyes” Forum took place at the University of the District of Columbia in Washington. The Forum was the final... 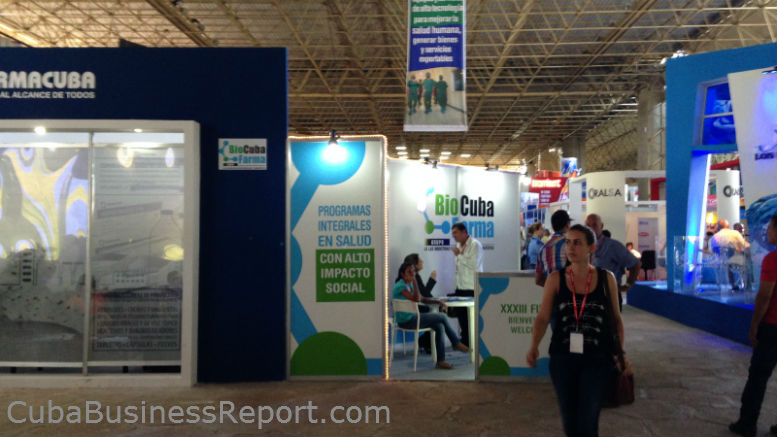 This year’s Feria Internacional de La Habana (FIHAV, the Spanish acronym) was one of the most exciting events for trade and commerce to take... 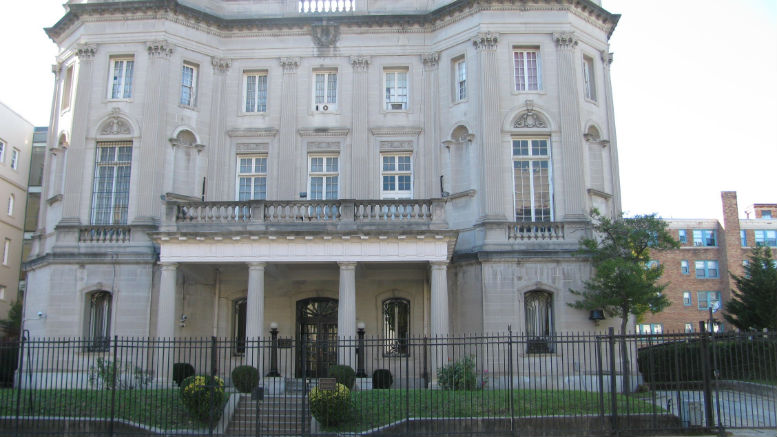 US and Cuba talks could signal improved relations

US and Cuba talks held on Tuesday in Washington could signal improved relations between the two countries resulting in several soon-to-be-announced agreements.  Negotiations held...