Published 3 weeks ago Matt Birney3w ago

Antilles Gold Limited (ASX: AAU) looks poised to add a second gold project to its impressive Cuba portfolio. The company has now agreed on a US$3 million work program and budget with government-owned GeoMinera that will see the two groups form a joint venture to explore and potentially develop the Golden Hills copper-gold project in the east of the Caribbean nation.

Golden Hills is about 550 kilometres south-east of Havana, in the Guaimaro-Jobabo region. The project is made up of three concessions covering an estimated 15 km of strike, some 100 km from the regional center of Camaguey.

The concessions host a multitude of volcanogenic massive sulphide, or “VMS” deposits outlined by previous exploration, with the shallow oxide portions of the Little Golden Hill, Three Hills and Big Golden Hill deposits having been mined in the late 1990s by GeoMinera.

However, Antilles’ first-pass evaluation of the deposits indicates that deeper, interconnected roots of the VMS system remain targets that have been largely untested by modern exploration.

Exploration data provided by GeoMinera shows Canadian-based MacDonald Mines explored the project in the 1990s, completing extensive geophysical surveying and geochemical sampling. The Canadian explorer also put down about 200 drill holes to test the Golden Hills VMS system. However, most holes only penetrated to about 80m depth and may have merely scratched the surface of VMS system.

The mine stratigraphy at Golden Hills can be traced along more than 7km of strike, with previous drilling returning significant intercepts of disseminated to massive sulphide copper-gold mineralisation.

Antilles and GeoMinera have now submitted their application for an International Economic Assessment licence over Golden Hills to the Cuban government, with approval expected in the months ahead.

The company is also conducting a significant resource drilling program at its La Demajagua gold project in the south of the country and expects to start receiving results from the program in coming weeks.

Antilles says it is assembling a skilled technical team in Cuba as it works toward a maiden resource at La Demajagua, which will benefit the Golden Hills exploration kick-off early next year.

The company is planning more than 6,000 m of first-pass drilling at Golden Hills. Having just topped up its treasury via a A$3.7 rights issue, it is well-funded to quickly advance La Demajagua and open up a significant new second front at Golden Hills.

This article first appeared in TheWest.com.au. 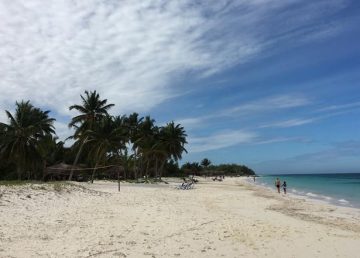 There has been an update to the travel rules for Cuba. As of June 20, all tourists entering Cuba through Varadero or Cayo Coco will be required to present a confirmed hotel or isolation package before boarding their flight. Travelers can book isolation package... END_OF_DOCUMENT_TOKEN_TO_BE_REPLACED 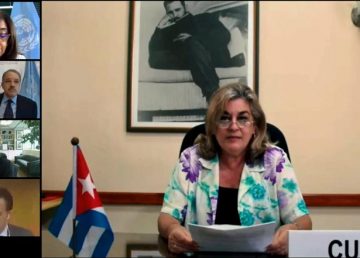 The 20th session of the High-level Committee on South-South Cooperation began its meetings today. The session will run until June 4, to review the progress made in implementing the Buenos Aires Plan of Action, the new directions strategy for South-South cooper... END_OF_DOCUMENT_TOKEN_TO_BE_REPLACED