Published 3 days ago David Urra3d ago

The BioCubaFarma business group is in the process of penetrating the Russian market with its innovative pharmaceutical products.

The year 2021 will be a year of signing contracts, according to Dr. Idania Caballero, director of BioCubaFarma’s office in Russia. She emphasized the recognition and interest of several Russian institutions and companies for products from the Cuban business group.

“We already have registered in the country the drugs Heberprot P for the treatment of diabetic foot ulcer and Hebermin, highly effective for the healing of burns,” said Dr. Caballero.

It was about five years ago that BioCubaFarma and the Skolkovo Innovation Center in Moscow signed the first deal to bring Cuban pharmaceuticals to Russia. In June of 2019, BioCubaFarma opened an office in Moscow. Cuba’s CNEURO and CIDEM companies now partner with the Russian companies Bioneuropharma and Neyros in several neurological diseases research projects.

The BioCubaFarma group is in charge of the research, development, and production of the five Cuban vaccine candidates against COVID-19.

The company also supplies Russia with active ingredients for vaccines against Hepatitis B and Haemophilus influenzae.

At the present time, BioCubaFarma has registered the drugs Heberprot P to treat diabetic foot ulcer and Hebermin, highly effective for the healing of burns, in Russia.

COVID-19 meant that this year it was not possible to deploy all the potential that BioCubaFarma would have liked, but despite this, the products that were already established in different countries have been making progress in the Russian market.

Russia has also expressed an interest in Cuban medical services. These services are provided by the Servicios Medicos Cubanos (SMC), an entity under the Ministry of Health.

The history of the commercialization of Cuban biotechnological products is not recent. Dr. Caballero said, “Also in the Soviet Union era, products such as Policosanol, Melagenin, Coriodermin were registered here, and in 57 regions of the country there was equipment from the Immunoassay Center, among others.”

BioCubaFarma’s Moscow office also works with the other members of the Eurasian Economic Union (Belarus, Kazakhstan, Armenia and Kyrgyzstan), where diseases that are also present in Cuba have been identified.

Dr. Caballero also pointed out that beyond introducing its products in these markets, BioCubaFarma is also interested in evaluating those that Cuba is not yet capable of producing.

As another edge of possible cooperation with Russian companies in the sector, the Cuban official discussed the transfer of technology. “We have done it in the past and we are willing to do it in the businesses that are being presented to us at the moment,” Dr. Caballero explained.

She pointed out that another objective of BioCubaFarma is to identify and close deals for the acquisition of inputs for the Cuban biopharmaceutical industry.

BioCubaFarma is a business system that researches, develops, produces and markets medicines, diagnostic systems, medical equipment and high-tech services, as well as agro-biotechnology projects and products.

Its primary objectives are the improvement of the population’s health, the generation of exportable goods and services, and advanced technologies in food production.

The Ministry of Foreign Affairs of the Russian Federation has just announced the relaunch of the project to modernize the Cuban railroad infrastructure. RZD International LLC and the Union of Railways of Cuba originally signed a contract for reconstruction and... END_OF_DOCUMENT_TOKEN_TO_BE_REPLACED 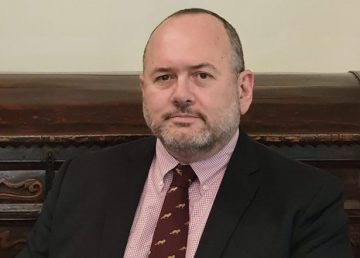 In this interview, our second with Melbana Energy’s board of directors, CEO Andrew G. Purcell announces the Company’s new partnership. And the news is big in the oil world. Since 2015, Melbana Energy Limited (ASX: MAY) has been conducting oil exploration in th... END_OF_DOCUMENT_TOKEN_TO_BE_REPLACED