Since the outbreak of the COVID-19 (Coronavirus) pandemic, Cuba has proven itself the leader in the global battle against COVID-19. No other country has provided as much assistance to other nations as has Cuba.

At present, the Island has 21 confirmed cases of its own and one death. Cuba has been active in keeping the population well-informed and following World Health Organization (WHO) protocols.

Since February, Cuba has been sending its medical teams and COVID-19 drugs to the world. At the same time, it is under increasing economic problems due to the hardening of U.S. sanctions. Cuba’s efforts in combatting the Coronavirus are nothing short of spectacular.

Only two weeks ago U.S. President Donald Trump declared the Coronavirus a “hoax.” He also made the false claim the U.S. was helping other countries in the pandemic. The U.S. is not able to provide a sufficient number of test kits to its citizens, let alone ensure the safe arrival of Americans returning home.

Americans flying back from Europe were forced to remain in close proximity to each other for hours at major airports.

But it is not the first time in history that Cuba has come to the rescue. It provided doctors during the Ebola crisis in West Africa. The Island also played a major role during the earthquake in Haiti in 2010. Despite the praise received by the PAHO, WHO, and UNICEF, the work of its 1,200 medical doctors in Haiti went largely ignored by the western media.

In the time leading up to the COVID-19 outbreak, the U.S. government was actively engaged in a false propaganda campaign to discredit Cuban medical internationalism. The propaganda is a big fail, falling on deaf ears. Nobody’s listening.

China, Italy, Britain, Spain, Jamaica, Venezuela, and Nicaragua have all requested Cuba’s help in the COVID-19 battle. Cuba has also scored a victory in humanitarianism during the crisis allowing a British cruise ship to dock in its Port of Mariel.

The British ship MS Braemar, with 1,000 passengers and five with the Coronavirus, was stranded at sea because multiple ports refused to allow the ship to dock.

After the U.S. refused docking permission on American soil, Cuba came to the rescue. Cuba allowed the ship entry out of “humanitarian concerns” and the need for “a shared effort to confront and stop the spread of the pandemic.”

Cuba’s Minister of Foreign Affairs, Bruno Rodriguez Parilla said in his Twitter account that the government would authorize the ship to dock in its waters and would follow sanitary measures established by Cuban and WHO protocols.

Since early February, Cuba’s medical teams have also been in China which has the greatest number of COVID-19 infections. China managed to decrease the rate of new infections with Cuban medical expertise and the use of Cuba’s Interferon alfa 2B recombinant (IFNrec) anti-viral drug. The drug is manufactured in China by the Chinese-Cuban company ChangHeber.

Reports emerging from China say Interferon Alfa 2B contributed to halting the spread of the disease. Spain and Italy have also called on Cuban medical assistance in their battle against COVID-19.

Italy is currently struggling with the highest number of infections and deaths caused by the virus outside of China. Lombardy’s health minister Giulio Gallera requested Cuban, Chinese and Venezuelan medical personnel on March 14.

In the Caribbean, Jamaica, St. Kitts and Nevis, St. Vincent and the Grenadines have also requested the assistance of Cuba. On March 24, the first team of 21 specialist Cuban nurses will arrive in Jamaica.

Jamaica’s Minister of Health, Dr. Christopher Tufton, told the press after discussions with the Cuban government, “We’re trying to get about 100 additional specialist nurses in the system, focusing primarily on high-intensity units or ICU (intensive care unit).”

Venezuela, with 33 cases of COVID-19, has also requested the assistance of Cuban doctors who arrived on March 16. Venezuela already has Interferon Alfa 2B in stock to treat infected patients.

Nicaragua has no reported cases of COVID-19 to date, but in preparation, the Nicaraguan President Daniel Ortega requested assistance from Cuba. Virologists, epidemiologists and other medical specialists on the Henry Reeve Brigade will be sent to Nicaragua in the next few days.

In an embarrassing about-face, Brazil’s Minister of Health said Cuban doctors will be re-hired to battle the coronavirus pandemic. After condemning Cuban medical staff in Brazil as “terrorists,” Right-wing President Jair Bolsonaro expelled them, leaving Brazilians in dire shortage of health services. He wants them back now.

“They got the boot back when Bolsonaro came into power on no rational basis,” said Camila Escalante of TeleSUR.

Since the 1960s, the Cuban Ministry of Health estimates Cuban doctors have been active in 600,000 missions in 164 countries. Today, 28,268 doctors are still active in 61 countries, in Africa and Latin America. There are no reports of infection in doctors serving overseas.

Cuba has emerged as the world leader in the battle against the coronavirus pandemic. There are two chief reasons for this. The Island recognizes healthcare as a human right and believes in strengthening international cooperation to deal with the COVID-19 virus. It is the only solution to halting a global pandemic.

The world has been slow to recognize the potential Cuba is contributing to the biggest challenge the world faces in recent history. The COVID-19 pandemic is about the change that.

From our staff writers and editors. END_OF_DOCUMENT_TOKEN_TO_BE_REPLACED

From our staff writers and editors. END_OF_DOCUMENT_TOKEN_TO_BE_REPLACED 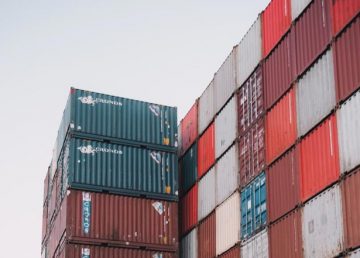 Over 1,900 contracts have been signed by non-state sector and state-owned import/export companies since the regulations supporting these activities came into force last summer. In August 2020, these regulations were approved to expand foreign trade opportuniti... END_OF_DOCUMENT_TOKEN_TO_BE_REPLACED

Research and development in new products and technology for the construction sector are underway at the Construction Research and Development Center. These R&D projects are expected to guarantee import substitution and improve quality in the sector. Current pr... END_OF_DOCUMENT_TOKEN_TO_BE_REPLACED