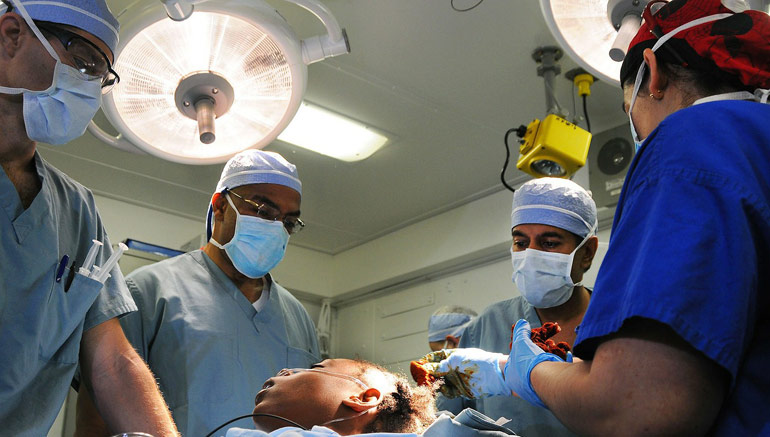 The Cuban medical internationalism sends thousands of medical staff abroad to assist those in need.

Throughout the last five decades, Cuba has been exporting healthcare staff and services to overseas territories via its ‘Medical Internationalism’ program. Since 1959, the Cuban government pledged to assist other countries in an attempt to return the favor for the help received during the Cuban Revolution. As a result, exporting Cuban healthcare services became the foundation for Cuba’s diplomatic relations with many developing countries. Cuba first sent a medical team to Chile to help deal with the devastating earthquake in 1960.

Cuban medical internationalism supplies about 50,000 Cuban doctors to 158 developing countries. This number is significant in that Cuba is providing more health care staff to the developing world than all the G8 nations combined. According to Cuban sources, 28,422 Cuban health workers have worked in 37 Latin American countries, 31,181 in 33 African countries, and 7,986 in 24 Asian countries.Source

Shortly after he came to power in Venezuela in 2000, Hugo Chávez agreed to establish a mutually beneficial political and economic partnership with Cuba. As part of the agreements drawn up, professional Cuban health workers receive money from Venezuela to deliver healthcare and medical education to disadvantaged communities in Venezuela in exchange for oil and other commodities.

Cuba performs the same type of medical diplomacy for many other countries including nations belonging to the intergovernmental organization ALBA (Bolivarian Alliance for the Americas). These nations include Ecuador, Bolivia, Argentina, and Nicaragua and have been receiving healthcare from Cuba.

Patients undergo treatment in their own local clinics and hospitals, staffed by Cubans or are transported free of charge to Cuba.

In 2005, Cuba introduced an eyesight restoration program, known as ‘Operation Miracle’ (Operación Milagro). Operación Milagro, Cuban medics and the Venezuelan doctors they have trained, carried out operations for glaucoma, cataracts and other vision problems. Venezuelan patients were originally transferred to Cuba for surgery at the Ramón Pando Ferrer Hospital in Havana or to hospitals in Santiago de Cuba or Holguín.

In the past, little was known about the agreements reached for Cuban medical internationalism with specific countries. However, some data about the revenue generated by the program has come to light. Conditions vary from one country to the next but the country receiving the health services pays a predetermined amount to Cuba for every medical professional.

For instance, this figure was recently claimed to be $2,784 for Namibia and $5,000 for Angola. Cuba does not receive direct payment from Haiti. Other authorities, global organizations and NGOs pay for Cuba’s medical services, a figure reported in the range of millions of dollars.

Cuban medical internationalism has generated much-needed income for the Cuban economy. In a broader global sense, the investment Cuba has made in sending medical professionals abroad over the last five decades has reaped huge rewards. Individuals receive the benefit of healthcare in under-served areas, and governments, NGOs and UN agencies look to Cuba as the correct way to deliver healthcare to their people.

Furthermore, Cuba’s medical skills and advances in medical research have resulted in trade, credit and other assistance from countries keen to pay for Cuban medical services. Many believe that the Cuban Medical Internationalism program was responsible for saving the Cuban economy from catastrophe.

Most recently (last October) Cuba, with its eastern provinces devastated by Hurricane Matthew, sent 38 medics who specialize in disaster relief to Haiti. Those 38 doctors joined the 600 Cuban doctors (already on the ground since 1998) in extending assistance in times of desperate need. 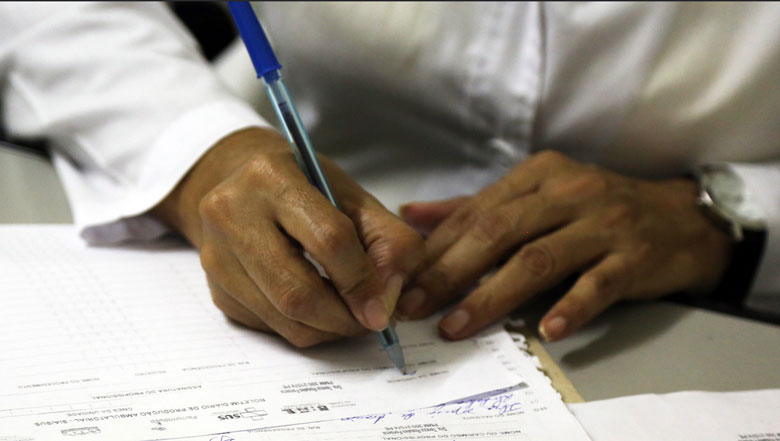 Just weeks ago, in late February 2020, US Democratic Senator Bernie Sanders was vilified by the US establishment for acknowledging education and healthcare achievements... 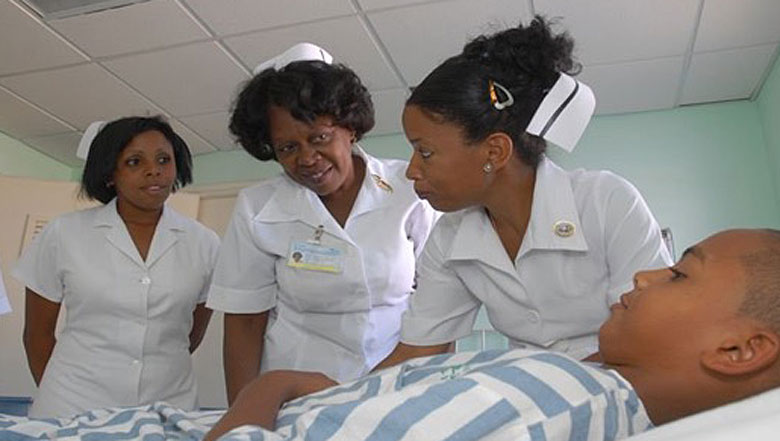 More Cuban Doctors on Their Way to Jamaica

At the request of the Jamaican Ministry of Health and Wellness, additional Cuban doctors are on their way to the Island to assist in...