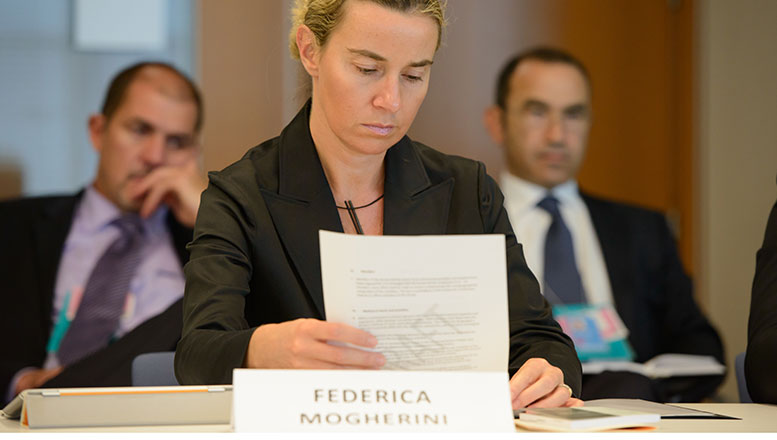 Federica Mogherini, EU foreign policy chief, said the EU has warned it will challenge the US at the WTO. The EU is predicting counterclaims against American companies in European courts if it tries to interfere with EU business ties between sovereign states. Photo: Wikipedia

European Union (EU) leaders and the foreign ministers of Canada and Spain have made clear their opposition in light of the upcoming announcement of the expected enactment of Title III of Helms Burton. The EU has threatened to sue the U.S. over its Cuba sanctions.

U.S. National Security Adviser John Bolton is expected to “deliver remarks” today in Miami of further measures against Cuba. He will speak to survivors of the failed American invasion of 1961 at the Bay of Pigs (Playa Girón).

This action follows closely U.S. Secretary of State Mike Pompeo’s announcement that the Trump administration would allow Americans to sue the Cuban government in U.S. courts over properties nationalized 60 years ago and allow for lawsuits against foreign companies that do business on the Island.

Every president since Clinton followed by Bush and Obama, has suspended the enactment of Title III for six months at a time for the last twenty-three years. These suspensions were the solution to avoiding the retaliatory actions threatened at the World Trade Organization (WTO) by U.S. allies.

The change in U.S. policy is causing major rifts among American allies including the European Union, the United Kingdom, Spain, Italy, and Canada.

On April 10, Federica Mogherini, EU foreign policy chief, and Cecilia Malmström,  EU Trade Commissioner, said the EU has warned it will challenge the U.S. at the WTO. The EU is predicting counterclaims against American companies in European courts if it tries to interfere with business ties between sovereign states.

According to Reuters, the complaint said, “Failing this, the EU will be obliged to use all means at its disposal, including in cooperation with other international partners, to protect its interests. The EU is considering a possible launch of the WTO case.”

“This could trigger a self-defeating cycle of claims that will impair the business climate, without bringing justice to holders of claims, or impacting the situation in Cuba in any positive way,” the two EU officials wrote.

Alberto Navarro, the EU envoy to Havana said, “We cannot accept that a country tries to impose its laws outside its own borders.”

He also told reporters that the bloc “strongly condemns” the move.

“This will create even more confusion for foreign investments that are helping create jobs and prosperity in Cuba,” he said.

Spanish Foreign Minister Josep Borrell met with Bolton and Pompeo in Washington, D.C. and told them “Spain reiterates its firm rejection, as a matter of principle, to the extraterritorial application of national sanction laws, considering it contrary to international law.”

The EU is demanding that Washington honor a 1998 agreement to grant a consistent waiver for EU companies and citizens.

Chrystia Freeland, Canada’s Minister of Foreign Affairs, also met with Pompeo in Washington said that Canada will defend the interests of Canadians conducting legitimate trade and investment with Cuba, if the United States enforces Title III of the Helms-Burton Act.

Russia, although not an all of the U.S., has also rejected the application of Title III.

Title IV of the act will also be set in force and includes the denial of U.S. visas to those who “confiscate or ‘traffic’ in confiscated property in Cuba claimed by American citizens.

The announcement yesterday follows U.S. President Trump’s cancellation of the MLB-FCB deal to allow Cuban baseball players to come to the United States without defecting, a move which is seen to encourage illegal human trafficking.

The policy change sets the stage for new economic disputes between the U.S. and Europe and a never-ending series of lawsuits in American courts. It is yet to be seen if U.S. lawyers will take on cases which are forecast to offer little financial reward.

The expropriations or nationalization of property in Cuba were legally implemented at the time of Cuba’s revolution. In certain cases, the confiscations were punishment for the illicit activities of the Mafia active in Cuba at the time.

Cuba offered not one but two different options for U.S. property holders to recover their capital, either with 20 year bonds paying a higher rate of interest than the average corporate bond of the time, or as cash payments extracted from a restored sugar quota. Both offers were unacceptable to the U.S.

Cuba has strongly rejected any implementation of Helms Burton Title III and has stated that the American law has no validity within its borders.

In a meeting over the weekend, Cuba’s National Assembly, declared the Helms-Burton Act “illegitimate, unenforceable and without legal effect.”

Enactment of Title III is another indication of Washington’s efforts to punish Havana for its support for Venezuela’s president, Nicolas Maduro and to enforce regime change in Nicaragua. It also represents a hardening of the economic embargo/blockade against Cuba, in an effort by the U.S. to force government change and inflict further suffering and hunger for the Cuban people. 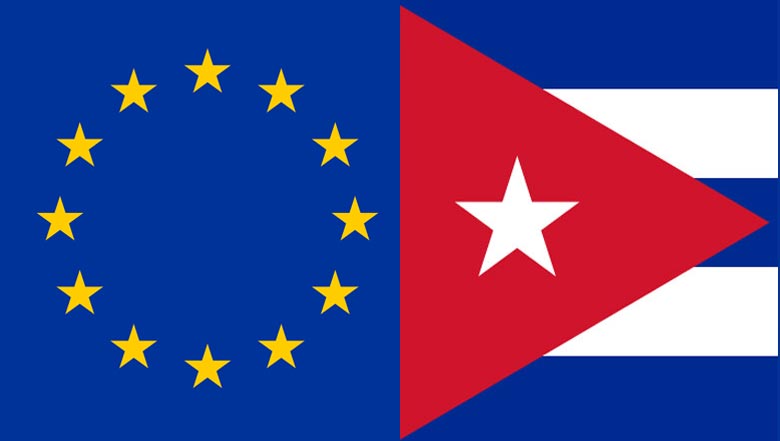 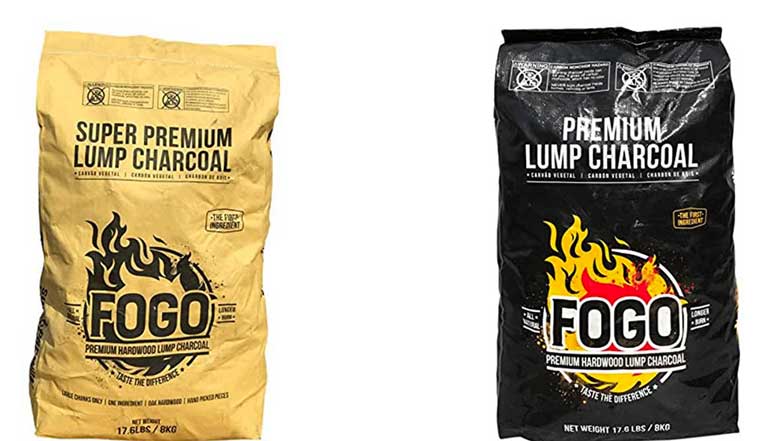 On Monday, the Helms-Burton lawsuit filed against Amazon, the online shopping giant, was dismissed. A Florida federal judge rejected the lawsuit filed by the...