Great Expectations – the Tourists are Coming

Cuba’s tourism stats are up and will continue to rise by year-end 2016.  Cuba is busy preparing for the big boom in the industry with massive hotel and resort construction.  Foreign investors are building the new golf resorts.

As reported recently in the media, travel to Cuba is booming. Cuban news sources reported that by March 11 of this year, one million international tourists had visited the Island. The landmark achievement was achieved 11 days earlier than in 2015. MINTUR, the Cuban Ministry of Tourism estimates this to be a 14.6% surge over the same time period last year.

In 2015, the total number of tourists who visited Cuba was reported at 3.5 million. The increasing number of tourists come­ from Canada (the largest number of tourists), Germany, the UK, the United States, France, Italy and Argentina. Cuban tourism officials expect this year’s tourists will top the 3.7 million mark.
­
Tourism is the most dynamic sector of Cuba’s economy.  The National Statistics and Information Office (ONEI) in Cuba reports the total income from tourism at $1.94 billion for the year 2015.

In 2015, 145,000 American traveled to Cuba, an increase of 79% from 2014. These American visitors were traveling under the approved general licenses for family visits or business purposes.

Also preparing for American tourism are a number of American airlines. With the recent Department of Transport announcement of an agreement with the Cuban government on flights to Cuba, competition for the flight routes started an almost frenetic battle between airlines for routes. The most coveted flight route is to Havana but this has still not been decided.

And what about the predicted shortage of hotels in Cuba? Cuba is responding to this demand on its tourism infrastructure with a plan of new hotel construction, hotel renovation, improving hotel capacity and services. Hotel construction in Cuba since 2011 added more than 10,900 new hotel rooms and many hotels underwent renovations.

In response to this rapid rise in tourism numbers, Manuel Marrero Cruz, the island’s Minister of Tourism announced that Cuba is planning to construct 108,000 new rooms by the year 2030 as part of the National Plan for Economic and Social Development. These plans include golf resorts and new marinas.

There has also been a rapid growth in the number of Casa Particulars (bed and breakfast). Approximately 14,000 rooms in private houses are helping to accommodate this new influx of tourists.

Cuba has also signed a few joint ventures with investors to construct a number of golf resorts.  One such joint venture is a contract with a Spanish company for the creation of a golf resort in the Punta Colorada province of Pinar del Rio. The Cuban press is saying it’s going to be the largest resort in Latin America.  Canada’s Wilton Properties has a golf course planned in Jibacoa.  London & Regional Properties is about to break ground on the Carbonera Golf and Beach Resort later this year.  Near the Port of Mariel, the El Salado golf development is in its final stages of approval.

Starwood Hotels & Resorts which is the first American company to manage hotels in Cuba, cut the ribbon at the Sheraton 4 Points in Havana last month.  Also, as a part of the deal, Starwood will take over the renovation and management of the Hotel Inglaterra and the Hotel Santa Isabel, to be opened in the near future.

Other upcoming hotels under construction in Havana are:  the Kempinski Manzana de Gomez, a super luxe hotel on the Parque Cental, and the Prado y Malecon.  Just across del Prado, the Iberostar Packard Hotel with only the front facade remaining is being built from the ground up.  Wilton Properties Ltd and Gran Caribe have contracted to start building the Hotel ARTE, a 5 star high-rise hotel in Vedado,  in the contemporary art district of Havana, near the Fabrica de Arte.

The Gaviota travel group is also in the act of preparing for the expected tourism boom in Cuba.  In the works, an additional 30 new hotels and resorts by 2018 in Havana, Varadero, Camaguey, Holguin, Ciego de Avila, Baracoa and the northern cays of Villa Clara province.

From our staff writers and editors. END_OF_DOCUMENT_TOKEN_TO_BE_REPLACED

From our staff writers and editors. END_OF_DOCUMENT_TOKEN_TO_BE_REPLACED

Can Americans Still Travel to Cuba?

Kempinski to Manage the Manzana Hotel in 2016

Despite Covid 19 and the difficulties it has unleashed for international trade, Cuba’s nickel production will end the year having produced 50,000 metric tons in the plants it owns in Holguin province. Juan Ruiz, general director of Mining at the Ministry of En... END_OF_DOCUMENT_TOKEN_TO_BE_REPLACED 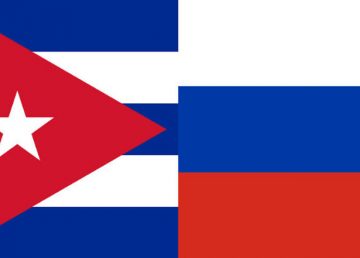 Recently, the Russian government made a donation of $5 million to Cuba for school meals through the United Nations World Food Program (WFP). The donation was endorsed with the participation of the Russian Ambassador Andrei A. Guskov, Paolo Mattei, the represen... END_OF_DOCUMENT_TOKEN_TO_BE_REPLACED