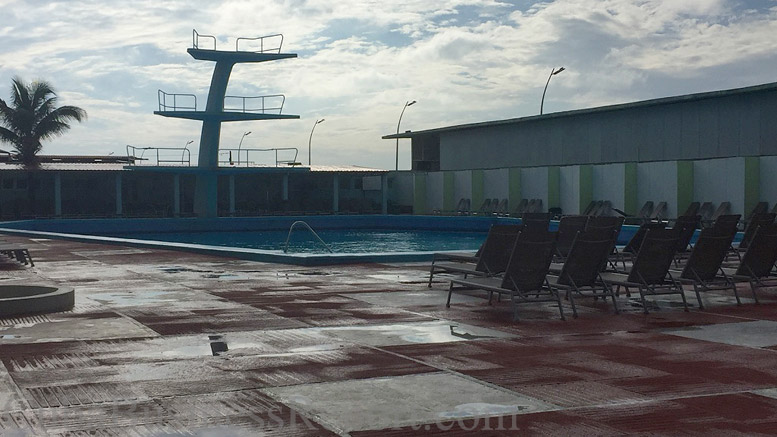 The swimming pool at the Habana Riviera. Soon to be a 5 star Ibero hotel. Photo: Cuba Business Report staff

In celebration of the recent announcement by Iberostar Hotels to assume the management of the Hotel Riviera, Cuba Business Report presents a photo essay on the Hotel.  The 352 room, 21 storey hotel will take back its 5 star rating and become a member of Iberostar’s Premium Gold Hotels brand.  It will be Iberostar’s second hotel in Havana.  Iberostar also owns the Hotel Parque Central in old Havana.  To date, Iberostar owns 11 other hotels across the Island.

The Hotel’s colorful history will always be a part of the legend of this 1950s-styled hotel. Originally built with mob money by Meyer Lansky and financial backing from a host of other rather dubious characters, this hotel has become an iconic landmark of the city of Havana.  Even today, this hotel makes guest appearances in some of Cuba’s recent films such as Benicio de Toro’s ‘Seven Days in Havana.”  In Seven Days, Wednesday’s backdrop to the story of “La tentación de Cecilia” was none other than the Habana Riviera.

The Habana Riviera is one of the most familiar landmarks on the Malecón seafront.  Igor Boris Polevitzky was the architect of the hotel whereby he designed the building in such a way that all rooms had a view of the sea.  Cuban works of art by muralist Rolando Lopez Dirube and sculptor Florencio Gelabert, adorn the front entrance and lobby of the Hotel.

In 1957 this glamorous hot spot opened its doors to rival anything in the gambling capital of the world, Las Vegas. Performers and hotels guests in its heyday were some of Hollywood’s greatest stars and entertainers:  Ginger Rogers, Abbott and Costello, Steve Allen, Mamie Van Doren, William Holden,  Jean Fenn, Nat King Cole and Ava Gardner were some of the illustrious names.  Esther Williams was rumored to have swam in the pool.  One can just imagine her doing an elegant sidestroke across the pool because, in those days, they didn’t like to get their hair wet.

“For us, this hotel is a major step forward as it allows for the qualitative consolidation of our presence in Havana through the incorporation of a hotel that historically has enjoyed an outstanding reputation. Cuba is a tremendously important destination for IBEROSTAR and a crucial part of our expansion strategy, and we will therefore remain committed to our objective of offering top quality and highly competitive accommodation options in this country”. 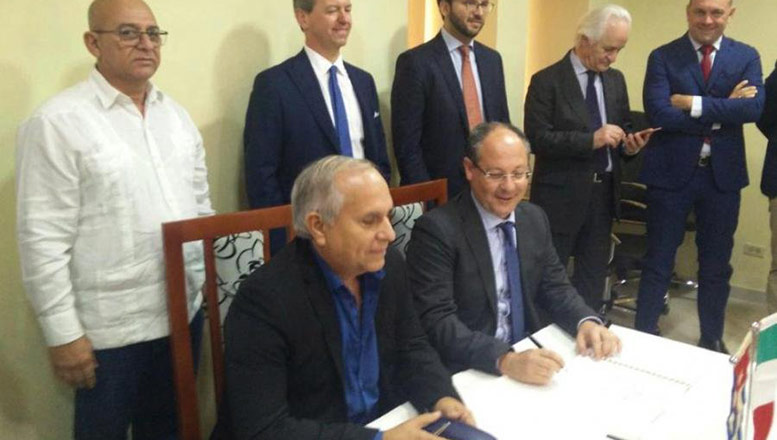 The TOMA Group Awarded Important Contract in the Hotel Sector

Today, the Italian group T.O.M.A. signed in the presence of the Minister of Construction of Cuba, Rene Mesa Villafaña, a contract amounting to 80... 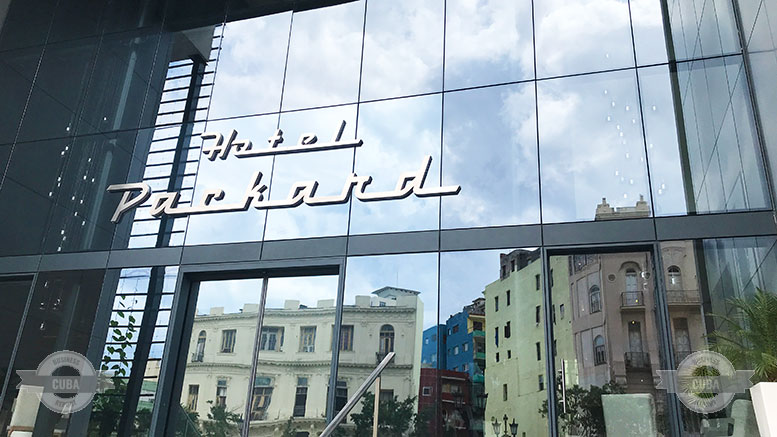 Iberostar Expands its Brand in Cuba

Iberostar Hotels & Resorts and the Cuban company AT Comercial S.A. have obtained permission from the highest executive body of the Cuban government to... 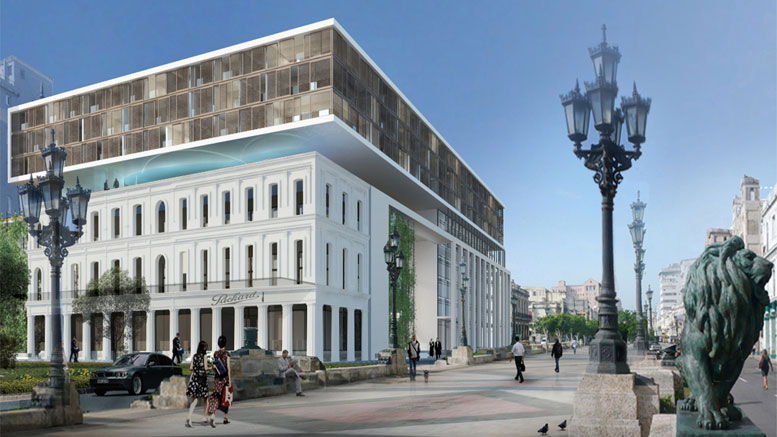