Havana Biennial Announces New Date for the Next Biennial

One of the biggest attractions in the arts world, the Havana Biennial 13th edition, will not be taking place this year as hoped for.  The biennial event, (“Between the Idea and the Experience” took place in 2015), is now scheduled for November of 2018. The schedule change was officially announced by the curatorial team of the Havana Biennial on the Biennial Foundation website yesterday. The theme and featured artists have not yet been announced:

“Biennial Foundation has received the following message from the curatorial team of the Havana Biennial, which confirms that the following edition will take place in November 2018:

Recognized as one of the most important events of Cuban culture, Havana Biennial has scheduled its 13thedition for November 2018, which maintains its every 3 years frequency implemented over 2 decades ago. Despite its triennial basis, Havana Biennial has retained its name as a respond to an event concept and as so it has been internationally released. The establishment of a new nomenclature might suggest that it is a new event. In addition, the current interval between each edition allows us to analyze in more detail and depth the changes that occur in contemporary art.

While especially interested in the so-called South countries, the Havana Biennial has been opened for years to other regions, being even more encompassing geographically. The curatorial team works right now in the conceptual platform of the upcoming edition, which will be announced opportunely in 2017.

Havana Biennial retains its selectivity by direct invitation, therefore is not an open call.

Since its inception, the Havana Biennial has been an international affair focusing on the “art of the South.” In a world that has become increasingly globalized over this time, so has the nature of contemporary art. Countries which participated in last year’s exhibition included not only artists from Cuba but also artists from other countries in Latin America, the Caribbean, Canada, the United States, Austria, France, Italy, India, the Middle East and Africa. Many nations join in Havana’s celebration of art. The Biennial is an international showcase which takes place in the streets, the museums, on the famous Malecón, the theatres, the town squares, the galleries, the Wifredo Lam Contemporary Art Center, and most importantly, the National Arts School (Escuelas Nacionales de Arte – ISA).

Art curators, artists, art lovers will have to wait a little while longer for the next celebration of art Havana.

From our staff writers and editors. END_OF_DOCUMENT_TOKEN_TO_BE_REPLACED

From our staff writers and editors. END_OF_DOCUMENT_TOKEN_TO_BE_REPLACED

Memories from the Havana Biennial 2015 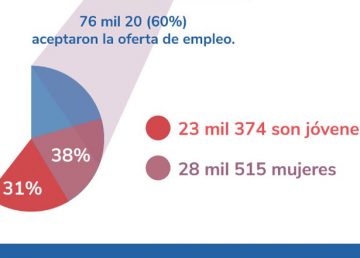 Since Day Zero of the new economy of Cuba, January 1, more than 126,938 Cubans have applied for jobs as Cuba reorders its economy. Marta Marta Elena Feito Cabrera, Cuba’s Minister of the Ministry of Labor and Social Security published the new statistics of job... END_OF_DOCUMENT_TOKEN_TO_BE_REPLACED 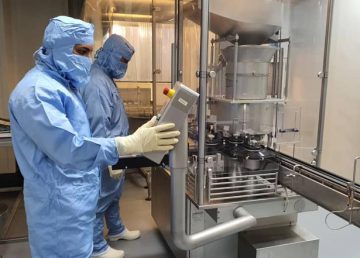 Production of the Soberana 02 vaccine, Cuba’s first COVID vaccine, also the first in Latin America, has begun on a large-scale at Cuba’s national plant for biological preparations (BioCen), located on Havana’s outskirts. Around 45,000 people will be vaccinated... END_OF_DOCUMENT_TOKEN_TO_BE_REPLACED