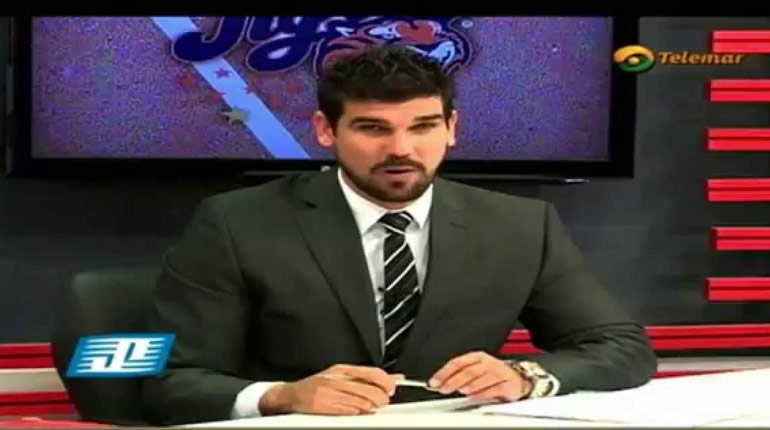 LGC Capital Ltd. (TSXV: QBA) announced today that the Company’s 50/50 Joint Venture with international sporting group Rushmans has made its first high profile key appointment in Cuba to assist with the JV’s strategy.

The Joint Venture entity, Rushmans Cuba, has signed one of Cuba’s best known and respected TV presenters and sportscasters, Mr Hector Villar, to work with the JV team.

Rushmans has more than 25 years’ experience in world sport and has advised and supported sports governing bodies and played a key role in planning and delivering a host of major events including European Championships in Football and World Cups in Cricket and Rugby. Rushmans has also acted as a strategic advisor to sport bodies and corporations worldwide.

The full Rushmans Cuba Media Release is as follows:

Hector Villar, one of Cuba’s best known and respected TV presenters and sportscasters has joined the Rushmans Cuba team working to create opportunities for sport to develop and flourish domestically and internationally.

In addition to his media achievements he has a deep insight into the workings of the world of sport in Cuba and globally. He has worked on promotions for international brands including adidas, Red Bull and Rexona.

Villar is credited with helping change the face of sports broadcasting in Cuba over the last decade and his work with Rushmans includes exclusive interviews for Cuban TV with major global football figures such as Raul and Roberto Carlos as well as former Spain manager Vicente del Bosque, ex-FC Barcelona president Joan Laporta and Real Madrid president Florentino Perez.

As a key figure in Cuban sport and sports media as well as creative strategic thinker, Hector Villar will play an important role in helping Rushmans Cuba to support the development of sport in the country.

Rushmans Cuba is a 50/50 JV between Rushmans and LGC Capital a diversified Canadian listed company dedicated to Cuban investments across multiple business sectors.

The joint venture with Rushmans, which has more than 25 years of global experience working with sports governing bodies and planning and delivering major sports events, is a logical step in a specialist area.

Cuba has a rich sporting heritage. Its baseball players, boxers and athletes have achieved international acclaim and status while the passion of its people for sport is reflected in the enthusiasm for the number of teams visiting to play exhibition games.

While baseball remains the national sport, football is growing exponentially and the nation’s sports development programme helps identify and foster emerging talent with the potential to become world class performers in many sports.

Nigel Rushman, chairman of Rushmans Cuba said: “We are delighted to welcome Hector to our team and grateful to RTVC for facilitating the arrangement.

“Villar is highly experienced and well-connected throughout sport and, above all, totally shares our commitment to creating an environment which will enable Cuban sport and Cuban athletes to realise their full potential and inspire a proud and successful sporting nation.”

“Rushman’s’ experience of International sports and events and relationships with sports organisations worldwide, coupled with the on-the-ground relationships and capabilities of LGC invested businesses in Cuba give us a tremendous opportunity to contribute to Cuban sport and athletes whilst enhancing the world sporting view of Cuban sports culture.”

Advertisement. Scroll to continue reading.
In this article: