International Tourist Arrivals Numbers up in 2017

Despite the devastation of Hurricane Irma this past September and the U.S. State Department travel warning, international tourist arrivals to Cuba has already surpassed last year’s numbers, 54 days earlier than in 2016. Last year, 4 million tourists spent their vacations in Cuba. In the first six months of 2017, La Prensa Latina reported that 2,530,000 tourists had come to Cuba, an increase of 22% for the same period last year. Cuba’s Tourism Minister, Manuel Marrero, said the country has fully recovered from the ravages of the Hurricane. Many international travel companies and airlines visited recently to verify the conditions of their Cuban destinations. After the hurricane ripped through the northeastern coast of the Island as far west as Havana, Cuba embarked on an ambitious mission…

Cuba’s Airports Prepare for the Eventual Return of Tourists

Like similar financial districts, distributed in an area of ​​approximately two square kilometers, this building was the epicenter of what came to be called at the time of its greatest splendor, the Old Havana Banking District. It was a kind of tropical New Yo... END_OF_DOCUMENT_TOKEN_TO_BE_REPLACED 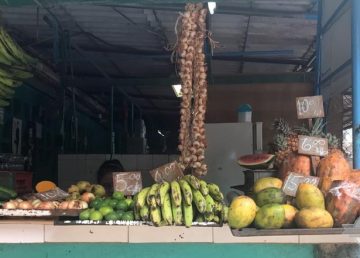 Our cost of living in Cuba table has been updated to reflect the current prices of food and consumer goods. Our goal is to update this page on a regular basis. The prices listed are in the national currency of CUP from January 1 when currency unification took ... END_OF_DOCUMENT_TOKEN_TO_BE_REPLACED