Japan has donated the sum of 1.5 billion yen (US$10 million) to Cuba for the purchase of special equipment to be used for communal services in Havana. The agreement was formalized at a signing ceremony by Masahisa Sato, Japan’s Minister of State for Foreign Affairs, and Antonio Luis Carricarte, Cuba’s Deputy Minister of Foreign Trade and Foreign Investment (MINREX). Japan’s contribution will form part of an extensive aid program aimed at the development of the Caribbean nation which, in turn, will strengthen economic ties between the two nations. The donation consists of non-reimbursable financial assistance granted by the Japanese government to assist in the collection and disposal of solid waste, tools and equipment. Japan and Cuba have held bilateral relations since 1961.  Japan has been… 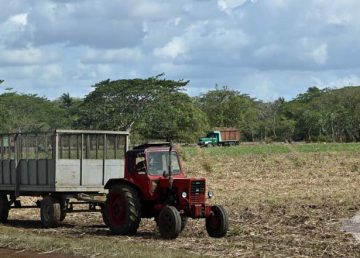 To meet the targets set in its strategic plan for economic recovery, Cuban agriculture needs annual investments of $900 million pesos between 2021 and 2030 according to one expert on the subject. Luis Enrique Díaz Burón, Director of Investments and Development... END_OF_DOCUMENT_TOKEN_TO_BE_REPLACED

Ecotaxis, the new three-wheeled emissions-free vehicles now in circulation on the streets of Havana will provide electrically powered taxi services on two central routes. These EcoTaxis, a fleet of 23 orange cars in all, are not only an eco-friendly method of ... END_OF_DOCUMENT_TOKEN_TO_BE_REPLACED