Published 2 years ago T.K. Hernandez2y ago

José Ramón Cabañas Rodríguez is Cuba’s First Ambassador to the United States, appointed two months after the restoration of diplomatic relations on September 17, 2015. Prior to becoming Cuba’s ambassador in Washington, he was Chief of the Cuban Interests Section in that city. Ambassador Cabañas holds a bachelor’s degree in international political science achieved in…

T.K. Hernández is co-founder and editor at Cuba Business Report. Her work has been published in various online news media publications. She has suppo... END_OF_DOCUMENT_TOKEN_TO_BE_REPLACED

T.K. Hernández is co-founder and editor at Cuba Business Report. Her work has been published in various online news media publications. She has suppo... END_OF_DOCUMENT_TOKEN_TO_BE_REPLACED 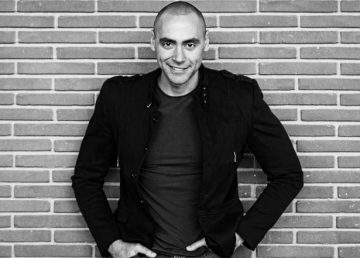 The last time I talked to Marcos Madrigal, Cuban classical pianist, and Director of the Habana Clásica Festival, he was on a train to Lugano, “città del mio cuore” (city of my heart) to make a new recording of Ildebrando Pizzetti’s works for voice and piano. B... END_OF_DOCUMENT_TOKEN_TO_BE_REPLACED

On Tuesday, Cuba presented its investment opportunities on the Madrid Platform, an event hosted live from the Palacio de Cibeles in Madrid. The Forum ends today, May 12. The Madrid Platform objective is to connect small and medium-size enterprises (SMEs) from ... END_OF_DOCUMENT_TOKEN_TO_BE_REPLACED