The Canadian Embassy in Havana Reopens

The Canadian Embassy in Havana has reopened following a temporary closure in May which left many Cubans without immigration services. Services previously provided such as visitor visas, study and work permits, and interviews for permanent residence applicants to Canada were no longer available after the shutdown.

The embassy is now offering some services to visa and permanent resident applicants.

None of the Cuban staff were affected.

Local staff has been employed and embassy services are partially restored. Biometrics collection, passport drop-off and visa pick-up is now available at the Canadian Embassy in Havana.

“These services will facilitate the travel of Cubans to Canada and will make the process quicker, easier and less costly for applicants.”

However, the available services are currently limited. The embassy is not accepting paper applications for visas, work or study permits and applicants must apply online. It is hoped that full services will be resumed in the near future.

Applicants are still required to travel abroad for medical examinations and interviews to the Canadian visa offices in Mexico City or Port of Spain in Trinidad and Tobago causing increased costs to immigration applicants. 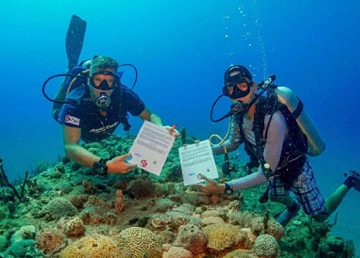 Canadian company AquaSub Scuba Diving, and Cuba’s Marina Marlin S.A. have signed a commercial contract to promote scuba diving travel to Cuba. The newly formed company is a joint venture to be known as ScubaCuba.ca. In a ceremony fitting such a venture, the sc... END_OF_DOCUMENT_TOKEN_TO_BE_REPLACED

The company GEDEME is in the final stages of developing the first mobile phone prototype suited for use in Cuba with software and systems manufactured by Cuban institutions.  GEDEME, the Cuban industrial group for information technology, communications, and el... END_OF_DOCUMENT_TOKEN_TO_BE_REPLACED