The Cuban Revolution at 60

Published 8 months ago Stephen Kimber8m ago

Take one former U.S. ambassador to Cuba, one former Cuban chief negotiator with the U.S. and Canada’s foremost medical expert on the “Havana Syndrome.” Mix in 40 international academic experts on everything and anything Cuba-related — from the intricacies of the Helms-Burton Act, to the role of Russia in Cuba’s economy, to the impacts of climate change, to health care, to disaster , to evolving sexual diversity rights — and you have “The Cuban Revolution at 60.”

On the last day of this month, all of those policymakers and policy analysts will gather in Halifax, Canada, for a three-day conference to discuss the Cuban revolution in the context of today.

This is a don’t miss event…

The three-day symposium will be highlighted by addresses by two of the key players in the historic 2014 re-opening of relations between Cuba and the United States. Josefina Vidal, now Cuba’s ambassador to Canada and then Cuba’s chief negotiator with the Americans, and Jeffrey DeLaurentis, the first US ambassador to Cuba.

Mervyn Bain of the University of Aberdeen, Guillermo Grenier of Florida International University, Gail Reed of MEDICC, Antonio Romero of the University of Havana, Washington trade lawyer Bob Muse, María José Espinosa of the Center for Democracy in the Americas, and Emily Kirk are just a few among the 40 Cuba experts from around the world who will gather at Dalhousie University.

William LeoGrande of the American University will chair the panel on a discussion of “Cuba and the Cuban Revolution: Overview and Personal Reflections.”

The Cuban Revolution at 60 symposium is sponsored and/or supported by the following: by the Ford Foundation, the Christopher Reynolds Foundation, WOLA, Dalhousie University, CUPW, Saint Mary’s University, the Office of the Mayor (Halifax), the Canadian Network on Cuba, Dalhousie Global Health, and NSCuba, among others.

Visit the Cuba60 website to register for The Cuban Revolution at 60 um.

Stephen Kimber is the award-winning author of one novel and nine books of nonfiction, including What Lies Across the Water: The Real Story of the Cuba... END_OF_DOCUMENT_TOKEN_TO_BE_REPLACED

Stephen Kimber is the award-winning author of one novel and nine books of nonfiction, including What Lies Across the Water: The Real Story of the Cuba... END_OF_DOCUMENT_TOKEN_TO_BE_REPLACED 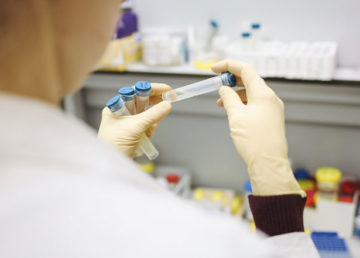 Two more drugs, CIGB-258 and Itolizumab (Anti-CD6), manufactured by the Center for Genetic Engineering and Biotechnology (CIGB) have been added to Cuba’s arsenal of drugs in the fight against COVID-19. Dr. Francisco Duran, the National Director of Epidemiology... END_OF_DOCUMENT_TOKEN_TO_BE_REPLACED 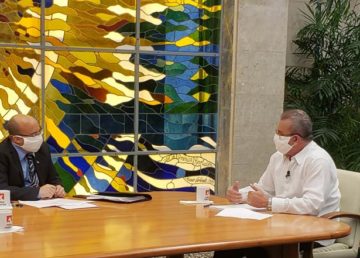 Government food ministers are moving to strengthen food production in the agriculture and food sectors to ensure food delivery and security in the face of the COVID-19 pandemic. The government is facing two battles at the same time: the coronavirus pandemic an... END_OF_DOCUMENT_TOKEN_TO_BE_REPLACED

Russia’s Statement on Cuban Foreign Assistance During the Coronavirus Pandemic