Published 2 weeks ago Excelencias Cuba2w ago

Like similar financial districts, distributed in an area of ​​approximately two square kilometers, this building was the epicenter of what came to be called at the time of its greatest splendor, the Old Havana Banking District. It was a kind of tropical New York-style Wall Street, where there were more than twenty banks that operated mostly with capital from the United States, during the first half of the 20th century. Founded in 1915, the Bank of Havana was one of the first to be built in the area by Cubans and with their own money, although it soon passed under the control of the National City Bank of New York. Very close to this, the Banco del Comercio was inaugurated in 1929, which was established…

This article first appeared on the pages of Excelencias Cuba.  It has been edited and translated by the staff at Cuba Business Report. END_OF_DOCUMENT_TOKEN_TO_BE_REPLACED

This article first appeared on the pages of Excelencias Cuba.  It has been edited and translated by the staff at Cuba Business Report. END_OF_DOCUMENT_TOKEN_TO_BE_REPLACED 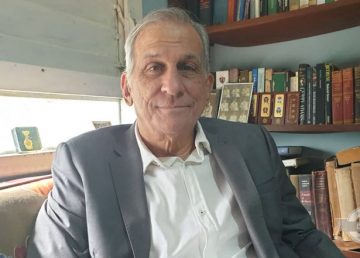 In early December we published a story on the rejection by the Cuban Academy of Sciences of the conclusions from the report presented by the National Academy of Sciences, Engineering and Medicine of the United States (NASEM) on the so-called “Havana Syndrome.”... END_OF_DOCUMENT_TOKEN_TO_BE_REPLACED

Despite the limitations of the Covid pandemic, Germany and Cuba continue developing bilateral relations in key sectors of the economy of the Island. This time it is in the sector of clean energy production from renewable sources. A virtual meeting sponsored by... END_OF_DOCUMENT_TOKEN_TO_BE_REPLACED