Published 1 year ago T.K. Hernandez1y ago

Cuba Business Report’s editor interviews U.S. attorney, Daniel R. Zim, on the “what’s-next” scenario for Helms-Burton claimants. Mr. Zim is the principal attorney at Zim Travel Law, PLLC, a firm specializing in travel law located in Fairfax County, Virginia. He is also the author of several papers on U.S.- Cuba relations. Mr. Zim’s published works include an academic work titled: Straining the Special Relationship: British and U.S. Policies Toward the Cuban Revolution, 1959 – 1961,” (link) which presents a new perspective of the US-Cuba relationship and examines why the United Kingdom was able to remain both an ally of the United States and pursue its own interests in Cuba. He also wrote an important letter to the editor, “Luis Posada Carriles was a terrorist, not…

T.K. Hernández is co-founder and editor at Cuba Business Report. Her work has been published in various online news media publications. She has suppo... END_OF_DOCUMENT_TOKEN_TO_BE_REPLACED

T.K. Hernández is co-founder and editor at Cuba Business Report. Her work has been published in various online news media publications. She has suppo... END_OF_DOCUMENT_TOKEN_TO_BE_REPLACED

Interview with Her Excellency, Berris Ekinci, Ambassador of Turkey in Cuba 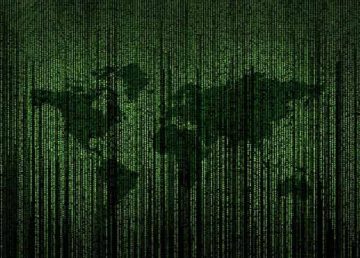 Cuban IT company Desoft is focused on entering the highly competitive market of software services exports worldwide. Cuban IT sector companies are now taking the first steps in this foreign trade activity. Desoft is at the forefront of this advancement. Accord... END_OF_DOCUMENT_TOKEN_TO_BE_REPLACED