The EU-Cuba Joint Council is a further demonstration of the willingness of both parties to fulfill previously agreed commitments, move towards strengthening ties, consolidate the Political Dialogue and Cooperation Agreement (ADPC) as a regulatory framework for bilateral relations, and exchange views on regional and global issues.

The parties discussed the progress of bilateral relations and cooperation over the last year and reiterated the will to continue working together.

Also discussed was the impact of U.S. sanctions on the Cuban economy and on EU trade and investment interests.

In the current conditions of the Covid-19 pandemic, the meeting is of particular importance, given the efforts of both parties to combat the pandemic and restore their economies.

It is hoped that in the new international situation caused by the change of administration in the U.S., relations with the EU will be strengthened and will approach the levels they have traditionally held.

During the closing speech, Minister Rodríguez said, “This Third Joint Council, in our opinion, ratifies the willingness of both parties to fulfill the commitments we have agreed upon, move towards strengthening our relations, consolidate the ADPC as a regulatory framework for them and strengthen a transparent political dialogue, on the basis of mutual respect, equality and reciprocity.”

The Vice President of EU Borrell said, “the support of the European Union to the Cuban resolution against the blockade imposed by the government of the United States and its opposition to the application of Titles III and IV of the Helms-Burton Act. Likewise, the European Union reiterated its rejection of the inclusion of Cuba on the U.S. State Department’s list of State Sponsors of Terrorism.”

The EU is Cuba’s largest foreign investor and second largest trading partner (accounting for 20% of total Cuban trade). It is the second largest source of Cuban imports (20%) and the third most important destination for Cuban exports (21%).

In addition, Cuba benefits from the Generalized System of Preferences (GPS) for its exports to the EU and has a fixed annual quota for sugar exports to the community.

Approximately one-third of all tourists visiting the island each year come from the EU.

The EU recently provided a grant of four million euros for the creation of a one-stop shop to facilitate trade and foreign investment in Cuba.

EU Will Hold the Second Joint Council in Havana

Like similar financial districts, distributed in an area of ​​approximately two square kilometers, this building was the epicenter of what came to be called at the time of its greatest splendor, the Old Havana Banking District. It was a kind of tropical New Yo... END_OF_DOCUMENT_TOKEN_TO_BE_REPLACED 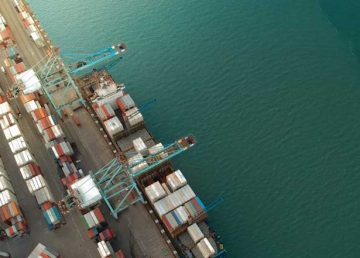 Four new entities get the go-ahead to conduct foreign trade for the private sector, confirmed by a recently published modification to the regulations published in Cuba’s Official Gazette No. 22, 2021. The new organizations include the Film Industry Institute (... END_OF_DOCUMENT_TOKEN_TO_BE_REPLACED