On Thursday, Cuba’s President, Miguel Díaz-Canel Bermúdez, received the Vice-President of Russia and co-chairman of the Russian-Cuban Intergovernmental Commission for Economic-Commercial and Scientific-Technical Collaboration, Yuri Borísov. Vice-President Borisov is on an official visit to Havana to attend the XVIII Session of the Commission.

During the meeting, the excellent state of bilateral relations between Russia and Cuba was acknowledged and economic, commercial, and cooperative ties reviewed. President Díaz-Canel sent greetings to the Russian President, Vladimir Putin.

Russia is developing a broad investment plan in Cuba that includes strategic sectors such as railway transportation and electric energy production.

The Russian government is supporting the modernization of the entire railroad network in Cuba with an investment of around $2 billion.

Russia is working with Cuba in the installation of four energy blocks of 200 MW each to be installed in the western region (Mariel 1 and Santa Cruz 3). This investment is worth about 2.5 billion Euros and should shield the Island’s energy capacity to guarantee its development needs in the near future.

Likewise, Russia has established investment projects in other sectors of the Cuban economy such as metallurgy, iron and steel, automotive transport, educational collaboration and in the fields of science and biopharmaceuticals.

Each year, thousands of cigar lovers from around the world make the trek to Havana to take part in the Habanos Cigar Festival. After the cancellation of the 23rd Festival because of the pandemic situation, it was announced the Habanos World Days festival will ... END_OF_DOCUMENT_TOKEN_TO_BE_REPLACED 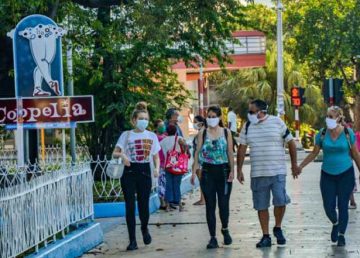 There is currently a high perception of alarm about the incidence of COVID in Cuba, not only among the Cuban population but also abroad. What are the causes? The issue is multi-factored and not due to a single reason. The first cause is related to the health c... END_OF_DOCUMENT_TOKEN_TO_BE_REPLACED