Also known as the “one-stop-shop,” the VUINEX (the Single Window for Foreign Investment) platform is Cuba’s strategy to promote foreign investment. It facilitates the application process for investors.

“VUINEX reflects the determination of the Cuban Government to eliminate the obstacles that hinder the economic development of the nation… This is the spirit of Decree No. 15 of 2020, “Regulations of the Single Window for Foreign Investment,” said the Minister.

According to Minister Malmierca, from January to October, VUINEX processed more than 130 applications and nearly 50 inquiries from potential investors, related to industry, construction, transportation, renewable energy sources, and food sectors.

He also acknowledged the cooperation provided by the United Nations Development Program and the European Union. “We appreciated cooperation from UNPD and the European Commission. Commitment to eliminating obstacles and promoting foreign investment,” he wrote in Twitter.

Speaking at the event, Maribel Gutiérrez, Permanent Representative of United Nations Development Program (UNDP) in Cuba, said the Island can continue to count on the support and cooperation of this organization and wished success to the one-stop-shop project.

Juan Garay, Head of Cooperation of the European Delegation to Cuba confirmed that “despite the blockades, the EU will continue to provide support to Cuba.”

At the event, cooperation agreements were signed between MINCEX officials and the organizations within VUINEX: the Ministries of Justice, Construction and Science, Technology and Environment; the Institute of Physical Planning, the National Office of Statistics and Information, and the National Office of Tax Administration.

Anabel Reloba who is in charge of VUINEX expressed her satisfaction with the opening day of the VUINEX.

Ecotaxis, the new three-wheeled emissions-free vehicles now in circulation on the streets of Havana will provide electrically powered taxi services on two central routes. These EcoTaxis, a fleet of 23 orange cars in all, are not only an eco-friendly method of ... END_OF_DOCUMENT_TOKEN_TO_BE_REPLACED 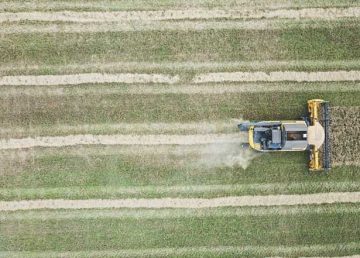 The United States Agriculture Coalition for Cuba (USACC) has taken the first step to return to the policies of the Obama era. In a letter known as the “Biden-Harris Transition Letter,” the Coalition has asked newly-elected President Joe Biden to embrace polici... END_OF_DOCUMENT_TOKEN_TO_BE_REPLACED