Published 3 years ago Willard Morgan3y ago

EMBARGO  Directed by Jeri Rice.  A review by Willard  Morgan. Jeri Rice met Fidel Castro on her first trip to Havana in 2002 at a diplomatic reception.  There he made an unlikely confession, declaring through a translator, “I tried to create a utopia but I did not succeed, and I have no time to fix it.”  This may have been a mistaken translation or perhaps Fidel was being flirtatiously provocative.  Whatever the case, it was the beginning of a ten year project that would lead to the making of this film. Jeri had organized a trip to Cuba with 40 influential women from the Pacific Northwest, including U.S. Senator Maria Cantwell.  It was the first of many trips that comprise the film, Embargo. This documentary… 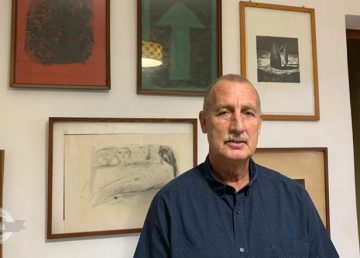 Juan Triana Cordoví, is a senior professor at the Center for the Study of the Cuban Economy, University of Havana. He spoke with us on the eve before voters in Georgia headed to the polls in crucial Senate runoffs in the United States. In this interview, Mr. T... END_OF_DOCUMENT_TOKEN_TO_BE_REPLACED

This coming November’s presidential election is generally considered to be one of the most important in the nation’s history. Cuba’s history, that is. While the election of either incumbent Donald Trump or former vice-president Joe Biden will have a dramatic i... END_OF_DOCUMENT_TOKEN_TO_BE_REPLACED