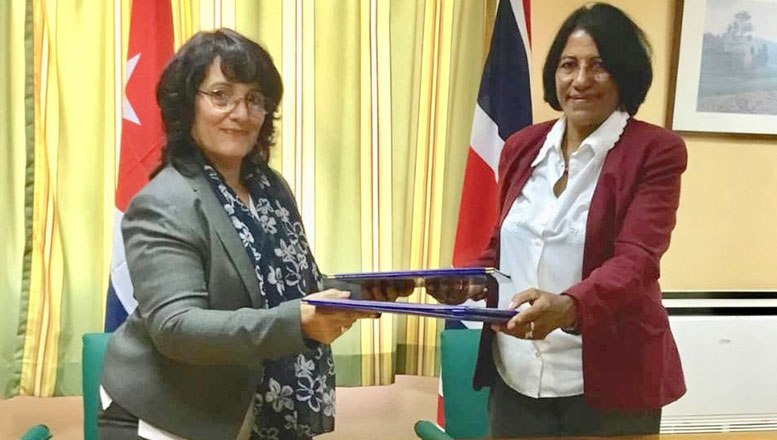 The new MOU between the U.K. and Cuba will increase the standard of English language training in Cuba. Photo: @UKinCuba

In the words of the British Ambassador, his Excellency, Antony Stokes, the United Kingdom-Cuba partnership vision of “dos islas creativas y dinamicas”, two creative and dynamic island nations has grown just a little bit stronger with the signing of an important agreement on the teaching of the English language on the Island.

As tourism flourishes and foreign investment is expected to expand in Cuba, the demand for English language skills of the population grows.

The British Council and the Cuban Ministry of Education (Cuba MINED) have signed a Memorandum of Understanding (MOU) yesterday on the teaching of the English language and audiovisual creation in Cuba.

The signing of this agreement is seen as a priority for the future by both the government of Cuba (MINREX) and the UK in Cuba representatives. Present for the signing of the MOU were the Deputy Minister of Education, Dr. Margarita Mc Pherson, and the Country Director of the British Council NGO, Minerva Rodriguez.

The MOU is seen as a further strengthening of bilateral trade and collaboration between the two nations placing Britain at the forefront as a champion of global trade and investment.

The agreement will support English language teacher training in Cuba and raise standards and quality in the learning and teaching of the language. Additionally, it will contribute to the training of capacities in audiovisual creation in girls, children and youth.