Published 3 months ago T.K. Hernandez3m ago

In early December we published a story on the rejection by the Cuban Academy of Sciences of the conclusions from the report presented by the National Academy of Sciences, Engineering and Medicine of the United States (NASEM) on the so-called “Havana Syndrome.” The report’s summary stated that radio frequency wave exposure (microwaves) was the most plausible explanation for symptoms experienced by American and Canadian diplomats in Havana. Cuban scientists called this conclusion “a very unlikely hypothesis,” and “speculation not established science.” The NASEM Report is a US government-sponsored report…

T.K. Hernández is co-founder and editor at Cuba Business Report. Her work has been published in various online news media publications. She has suppo... END_OF_DOCUMENT_TOKEN_TO_BE_REPLACED

T.K. Hernández is co-founder and editor at Cuba Business Report. Her work has been published in various online news media publications. She has suppo... END_OF_DOCUMENT_TOKEN_TO_BE_REPLACED 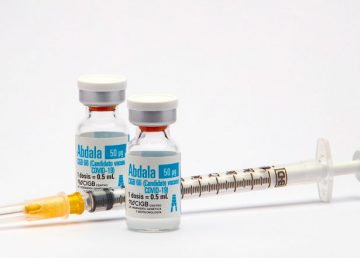 The Central Bank of Cuba (BCC) announced a new set of measures for credits and financing to farmers, to begin immediately. The measures come into force because of the problems that emerged and the government’s need to resolve the matter. Francisco Mayobre Lenc... END_OF_DOCUMENT_TOKEN_TO_BE_REPLACED